Gallery Shoes goes ahead in spite of Covid 19

„Ulrike Kähler, Managing Director of IGEDO Company and the show’s Project Director, fought hard not only to go ahead with the event itself, but also for continuity and consistency,” the organising company said in a statement.

“This established benchmark, which all visitors have known and shared with us for more than three years, even at regular editions, was the reasoning behind our final decision, during which we were always in regular contact with the authorities. We are by no means a large-scale event comparable with the fairs organised by Messe Düsseldorf or football matches,” Ulrike Kähler said.

The organisation team were also personally in contact with all 70 exhibitors from Italy, working together on possible solutions and, in some cases, making the joint decision that it was unfortunately not possible for them to attend the show. It goes without saying that this required the utmost transparency with the authorities and absolute honesty regarding the concerns of exhibitors and visitors.

Brigitte Wischnewski, President of the Federal Association of the German Shoe Retail Trade (BDSE), confirmed that the retail sector not only showed a strong presence, but also that there were no signs of panic in the air. Everyone made the most of Gallery SHOES and honoured their planned meetings and appointments, making things a lot easier for brands and retailers.

„With highly visible precautionary measures including hand sanitizer stations installed around the venue, the presence of doctors and medics, cleaning teams, notices and informative badges, Gallery SHOES provided visitors and exhibitors with peace of mind and stability,” the press release says.

“This was probably the most demanding tradeshow of my career to date, but as far as our partnerships are concerned, it was also a very valuable one. After all, Igedo Company has been synonymous with consistency and collaboration for more than 70 years now,” sums up Ulrike Kähler.

The team is already working on next season’s event to continue offering the industry and retailers a successful, stable platform in the future.

EBRD steps up to support companies as Coronavirus crisis deepens 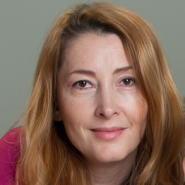